Showing posts from November, 2013
Show all

The Soviet-era tractor in a word? Jaunty 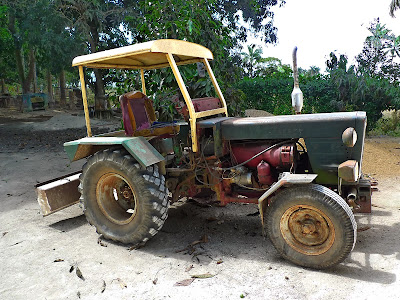 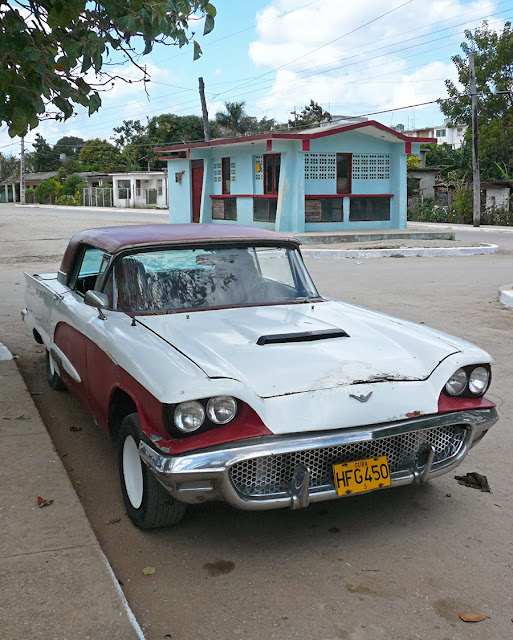 Coupe's long, flat roof was a big contributor to 'Square Bird' nickname.     The vast majority of Ford Thunderbirds built for 1958 were two-door coupes like this one I came across in Santa Cruz del Norte.    With the rectangular roof that helped earn the '58-through-'60 T-Bird its "Square Bird" nickname, the coupe is a handsome and distinctive design. Still, I have to say I prefer the convertible version. This coupe, though clearly having travelled many miles, retained nearly all its original chrome trim. And while the front seats are obvious replacements, I was surprised to see the original "panel console" with auto shift lever still in place. The '58 Thunderbird was one of the first cars to get a console. Ford installed it to disguise the prominent transmission tunnel in this low-slung car.   Console was a new interior feature in 1958. A Ford 352 V-8? Not a chance.    The owner popped the hood so I could photograph t
Post a Comment
Read more 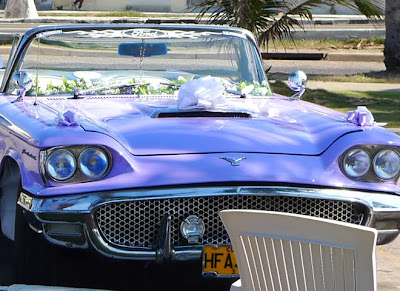 Apologies, first off, to all you birders drawn here by the headline above. While we have seen the Cuban lizard cuckoo, the tocororo and any number of frigatebirds and herons during our visits to the island, my attempts to photograph same have been largely unsuccessful.    I, of course, blame my camera. Lavender was not a stock colour for the 1958 Thunderbird, but does seem to suit it.    So the bird being discussed here is of the automotive variety – specifically, a 1958 Ford Thunderbird convertible. I spotted this 'bird lending its fine purple plumage as backdrop to a Havana wedding party. But I was unable to get a complete shot – dang camera! – so I didn't bother to put up any of my pictures.    Now, however, I see that Ralphee of CubanClassics has posted a magnificent photo of this same T-Bird in flight. And as is his custom, he provides much entertaining detail about his subject and its habitat.    Turns out this is a rather rare 'bird – of nearly 38,000
Post a Comment
Read more

More from the show 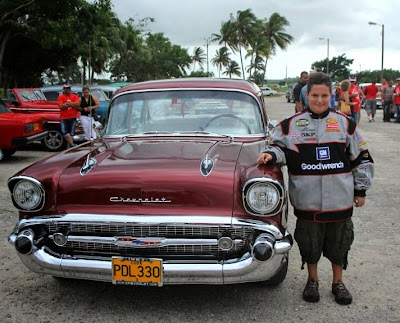 Winners: '57 Chevy, and the happy recipient of a GM-appropriate raffle prize.  Many of the cars on display bore Cuba's new white Euro-style licence plates. Cruising through Santa Cruz. Two-tone 1955 Pontiac sedan gets a thorough inspection.
Post a Comment
Read more

Cubans, Canadians and one South American

This year's Rusty Nuts Gearhead Country Car Show in Santa Cruz del Norte looks to have been the fun event it always is, judging by Ian Rome's video and slide show.    Attractions included lots of the late-1950s Big Three iron that regularly appears, plus some interesting newcomers including a Studebaker or two and what appears to be a Chevy Nova variant from South America. (The story that the "no go" Nova was a sales dud in Spanish-speaking countries would seem to be a myth , by the way.)    The Canadian-Cuban event will be back in 2014, and organizer Rome promises it will be "bigger and better."
Post a Comment
Read more

So right in white 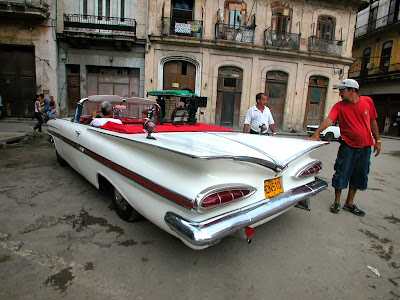 Impala appears to have all of its original chrome.  Broad taillights mark it as a '58.     THOUGHT FOR a second that this was the Chevrolet Impala convertible I photographed near the Hotel Nacional a couple of years back. But I soon spotted the differences between this ragtop, serving here as camera platform for the lost Chevy commercial, and that other Impala.    For one, this is a '59, while the hotel car, with its round taillamps, is a '60 (and thus one of the last American cars exported directly to the island). But a more notable difference is this Impala's obvious authenticity as a convertible. The other quickly revealed itself as a conversion from a four-door hardtop.    That '60 Impala was intriguing. This one is gorgeous. Crew and convertible take a break from filming.
Post a Comment
Read more 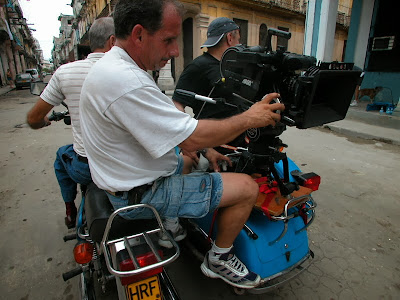 Photo: Tony Robertson    WHAT BETTTER mobile vantage point from which to film a commercial in Havana than a motorcycle with sidecar? Sorry, can't tell you what brand of bike that is, but it sure looks Soviet-era. \ Photo: Tony Robertson Next: Platform Impala
Post a Comment
Read more
More posts