Showing posts from March, 2009
Show all

We speak the same language 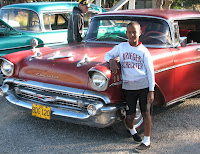 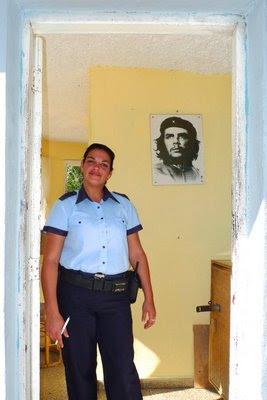 And to make the “ultimate revolutionary fashion statement,” check out The Che Store , headquartered in Jim Thorpe, Pennsylvania, which no doubt is where Che Geuvara would have retired to, had things in Bolivia gone differently. (Ol’ Ernesto would be comforted to know that at The Che Store, “all Che Guevara merchandise is officially licensed.”)
Post a Comment
Read more

One truck, many makers 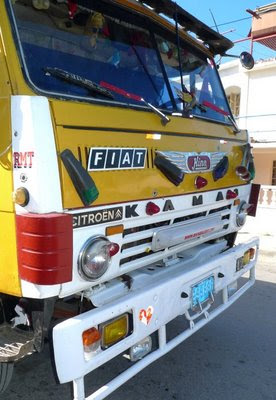 Photographed this fine Fiat truck in Santa Cruz del Norte, one of my favourite vehicle-spotting towns.    Except it isn’t a Fiat, is it? It’s a Citroën. No, a Hino. In fact, this customized camion is a KAMAZ (that “3” in the truck’s true nameplate is, to English-speakers, a Z) from the Kamskiy Avtomobilny Zavod, a manufacturer in Tartarstan, part of the Russian Federation.     KAMAZ , which started production in 1976 and is described as Russia’s largest truck manufacturer, builds a tough machine – its entries have won their category in the Dakar Rally eight times. For another view, click here .
Post a Comment
Read more 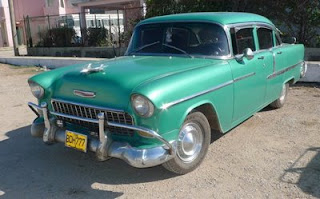 It’s a myth, writes Lisa Monforton of the Calgary Herald in this report , that United States citizens are barred from travelling to Cuba. Certain categories of Americans can and do go, including teachers, charity workers, journalists and, on a restricted basis, Cuban Americans.    And then there are the Americans who slip into Canada to take advantage of cheap package holidays to Varadero or Holguin, secure in that knowledge that Cuba does not stamp tourists’ passports.     You’re not fooling us, by the way – we can pick out your Michigan and Ohio speech patterns at the resort buffets as easily as you recognize a Canadian accent.    Soon, however, many more Americans could be making the 90-mile hop (or as we would put it, 145 kilometres, eh?) across the Straits of Florida.    The Freedom to Travel Act now before U.S. legislators would relax restrictions, probably starting with the Cuban Americans who under the terms of a 2004 executive order by George W. Bush are limited to one
Post a Comment
Read more 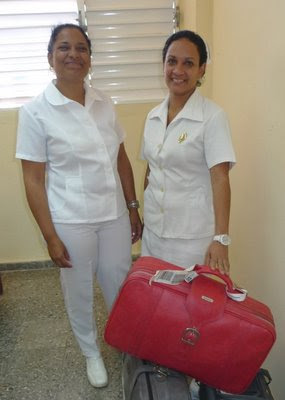 RE: Not Just Tourists suitcases    Dear ***, and the other NJT volunteers:    I’m pleased to report that we successfully delivered our four cases of medicine and medical supplies to Cuba and have returned with suntans (already faded) and memories (still rosy).    Unfortunately, what we did NOT bring back was our completed NJT forms.    Here’s what happened.    We travelled on *** Airline, which, as you know, allows a generous extra baggage allowance to passengers taking part in programs such as NJT. This airline does, however, ask that all humanitarian aid be marked as such, so we printed up some special labels and taped them to our NJT cases.    Whether it was those stickers or something else that raised the curiosity of the Cuban officials at the airport at ***, we found ourselves pulled aside for an examination of three of our cases (the fourth, for some reason, whistled through).    A confused official scrutinized every item in each case, and then called others to review
1 comment
Read more

Your emissions test results are in 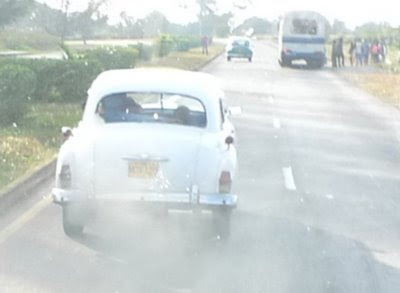