Showing posts from October, 2016
Show all

In pursuit of hire powers 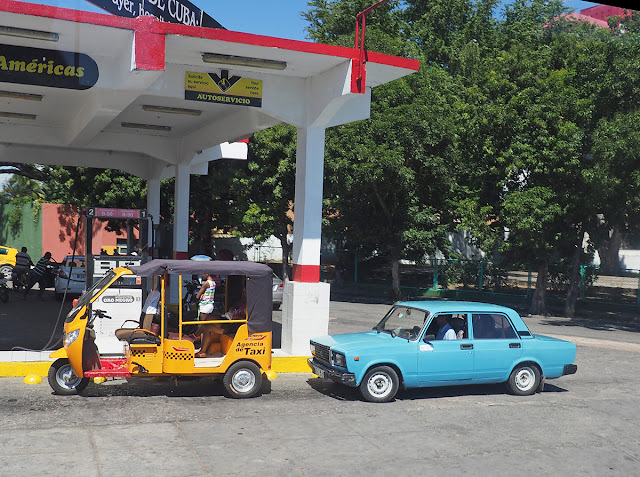 MOTORCYCLES MAY BE the most common type of taxi in Santiago, but they aren't the only choice. For travellers seeking more comfort and security – not to mention room for more than one passenger – here are some alternatives. 1. Gladway three-wheeler Presence at the pumps would suggest that this trike is gas-powered, not electric.      At one time, it was safe to assume that any motorized trike in Cuba – flatbed, van, tuk tuk-style taxi – was an Ape (pronounced ah-pay, hand gestures optional) from well-known Italian manufacturer Piaggio. Even the homegrown coco taxis in Havana and Varadero ride on Ape underpinnings. Now, three-wheelers from China have joined the Chinese buses and cars already common on Cuban roads. The Gladway above is a product of the Shandong Mulan plant in Jinan, south of Beijing. Parent company Gladway Holdings Ltd. specializes in electric vehicles, but also offers gas-powered models. 2. Peugeot 404 Nearly 2.9 million Peugeot 404s were produced
Post a Comment
Read more 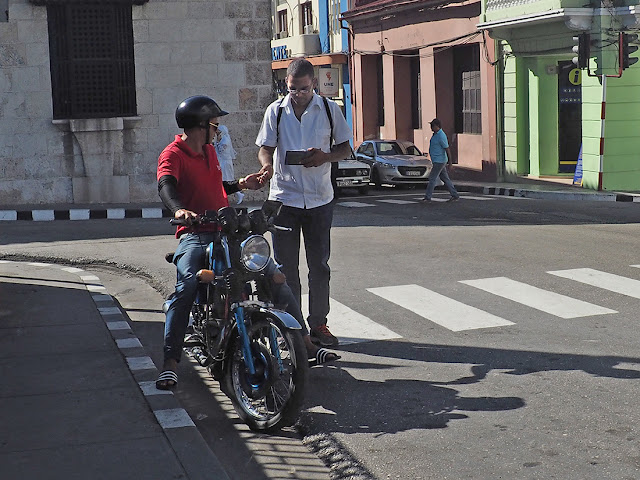 An operator collects his fare. The average ride is just 10 pesos.     ELSEWHERE IN  Cuba, the usual taxi is a Hyundai or a Lada for locals, a '56 Ford or similar classic for tourists.    In Santiago, the usual taxi – for locals, and for visitors brave enough to board – is a Soviet-era MZ or Jawa motorcycle. Hundreds of these bikes-for-hire race up and down the southern city's hilly streets, piloted by young men who typically rent the machines from taxi brokers.    The fare is just 10 pesos (50 cents Canadian), maybe 20 if the destination is farther than usual. But if you hail one, make sure to buckle the spare helmet the driver carries for passengers. And then hang on as he weaves casually through traffic, blue smoke from the bike's two-stroke engine mixing with diesel fumes from the trucks just inches away.    Unlike in Havana and other cities, there seems to be little police effort to maintain vehicular calm. It's one more way in which Santiago is different. P
Post a Comment
Read more
More posts