Showing posts from May, 2015
Show all

I rented a scooter. You should find a safer way to get around 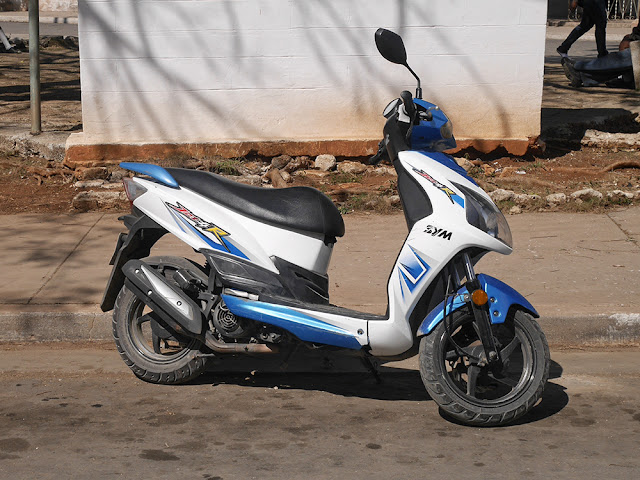 The SYM Jet 4R from Taiwan's Sanyang Motor Co: Never judge a brand by a rental.    IT WAS the English scholar John Selden, who might have been a fine blogger had the Internet been around in the 17th century, who coined the expression "Do as I say, not as I do."    Selden was taking a dig at the church, but his phrase has found equal application over the years to politicians, parents, teachers and other hypocrites, myself now included.    That last post about riding a scooter through Cuba? Don't you do that. Really, it's too dangerous.    Yes, the pace of driving in Cuba is generally relaxed. But as often been discussed here, the poor condition of roads and vehicles and the often severe consequences for those involved in accidents still make it a risky place to motor.    Better to hire a car and driver – often cheaper than a rental car – or, if you must drive, surround yourself with some serious steel.    If I can offer a defence, it's that I knew most o
Post a Comment
Read more

Waiting for nothing to happen 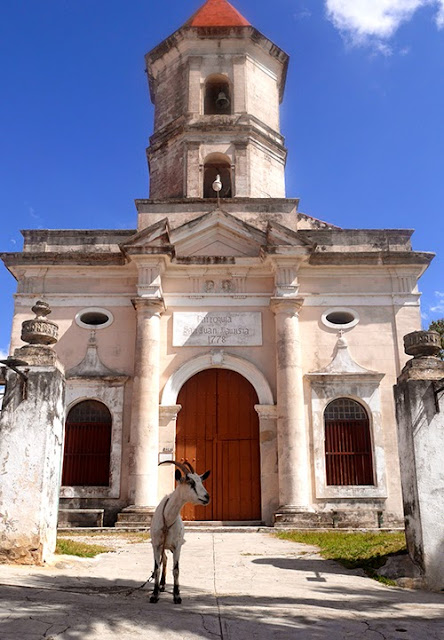 Goat stands guard at la Iglesia de San Juan Bautista e Inmaculada Concepción in Jaruco.    CUBA SHOULD  be humming.    Tourism up 20 per cent; Havana hotels bursting.    Air BnB representatives signing up casas particulares from one end of the island to the other.    Cuba off the U.S. terrorism list. Cuba on the invite list for the Summit of the Americas.    So why, as I push against the warm west wind, is the only buzz I detect coming from the tiny engine of my Chinese-made scooter?    Cuba, at least inland Cuba, has never seemed so quiet. I'm not the only one to notice this. "Even more than before, the roads were pretty deserted," Ralphee of CubanClassics wrote of his recent visit.    The world's excitement at the prospect of "normalized" relations between Cuba and its northern neighbour – a strange term, when you think about it – does not seem to have penetrated to the interior of the island.    Nor, from what I can see, have the loosened restrict
2 comments
Read more 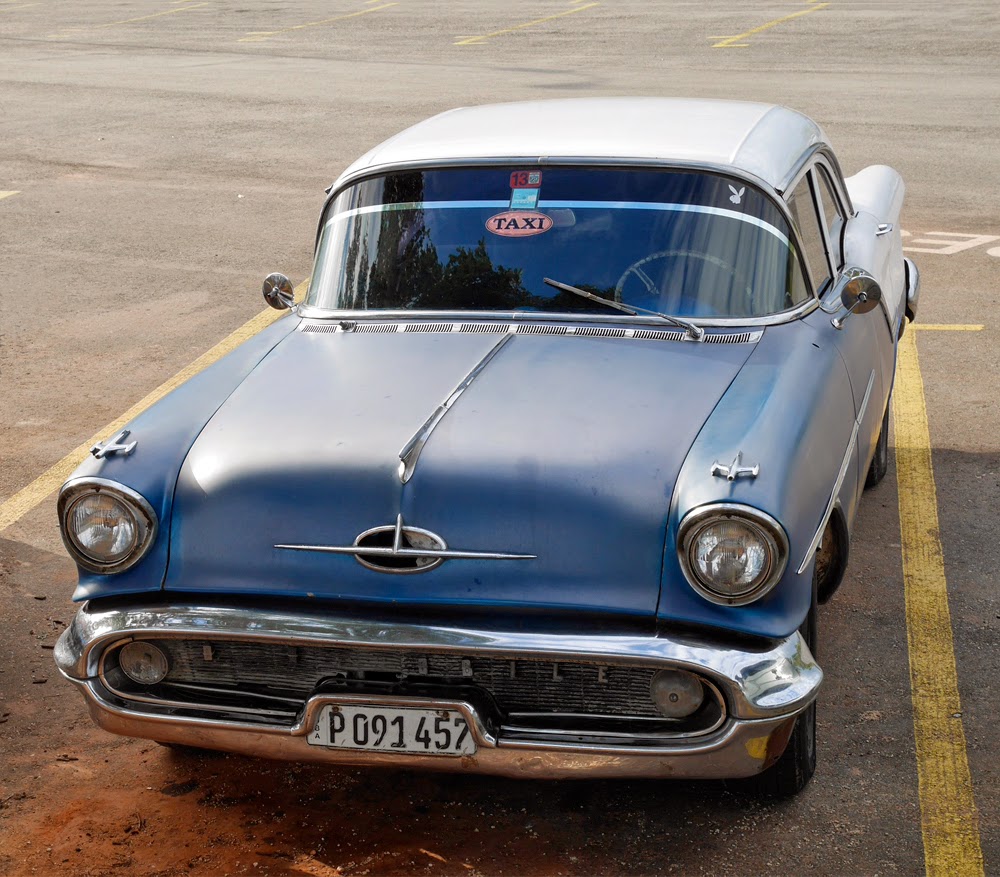 Oldsmobile called its four-door hardtop the Holiday Sedan.     THE 1957 OLDSMOBILE  was said to have restrained styling, at least in comparison to sister General Motors divisions Pontiac, Buick and Chevrolet.    Today, though, few would consider the '57 Oldsmobile, with its big, jet-age badge and heavy chrome "Hi-Lo Bumper," as understated.    It's hard to tell whether this Olds is a Golden Rocket 88 (the base model, if you can believe it) or the one-level-up Super 88. We can, however, identify it as a Holiday Sedan, which was Oldsmobile's name for a four-door hardtop.    Oldsmobile was celebrating its 60th anniversary the year this car was built. The marque was phased out in 2004, and Oldsmobiles are becoming a less common sight in North America.    They're still highly visible in Cuba. See also:  1957 Oldsmobile Golden Rocket 88 4-door Sedan
Post a Comment
Read more
More posts