Showing posts from June, 2014
Show all

Mountain of a motorcycle The Ural: Three wheels on the ground, a fourth as spare.    While the Harleys drew admirers, this Ural 650 stood alone. Russian machinery gets scant respect in Cuba today.    Yet to someone who hadn't run across a Ural before, the big three-wheeler was worth a closer look.    It wasn't, I think, as old as it first appeared. Based on the pre-war BMW R 71 – see the horizontally opposed cylinders? – the Ural has had the same basic design since production began in 1942 in Irbit, at the edge of the Ural Mountains. The sidecar-equipped bikes were intended to give the Red Army mobility against fast-moving German troops (themselves sometimes on BMW three-wheelers). A mobile Red Army. IMZ-Ural photo. .    This one could have been made any time before the 650 cc Ural engine was upgraded to a 750 in about 2000. Probably, however, it dated to before 1989, when Cuba lost the support of a dissolving Soviet Union.    With its stability, traction (both rear wheels are driven)
Post a Comment
Read more

His chrome away from home 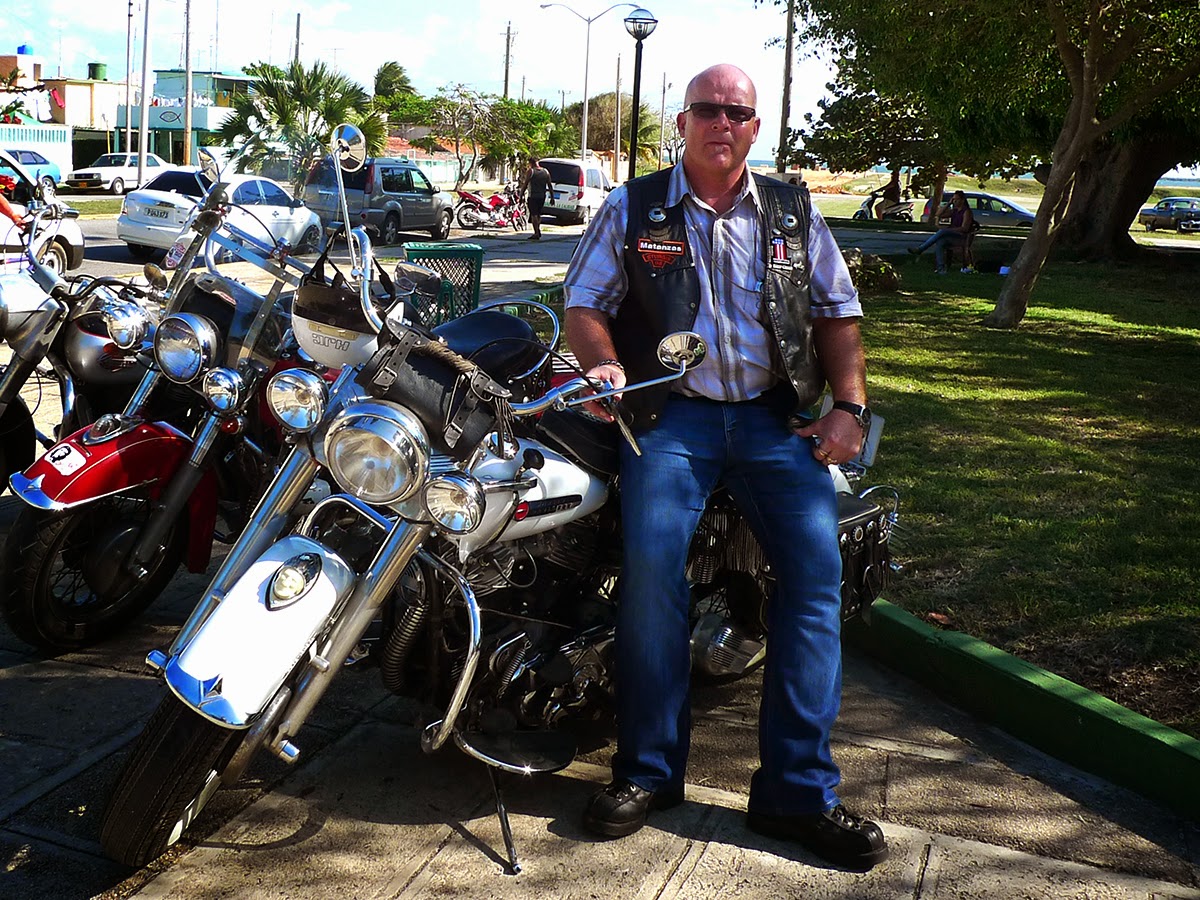 Mike Norgard and his Hydra-Glide: Cuban heritage with some Canadian shine.    AND NOT  every Harlista is Cuban. Havana-based oil industry consultant Mike Norgard is a Canadian who came south to share the knowledge he acquired in the oil fields of Alberta.    He acquired his 1951 Harley-Davidson Hydra-Glide "in pieces" three years ago in Havana. Now the Harley that may well have originally served the Batista-era military is a showpiece with flawless chrome and gleaming white paint.    Mike says his regular trips back to Edmonton were a big help in the restoration project.    "I'm lucky," he says. "I can bring parts home and get them plated."
Post a Comment
Read more

Not every Harlista rides a Harley 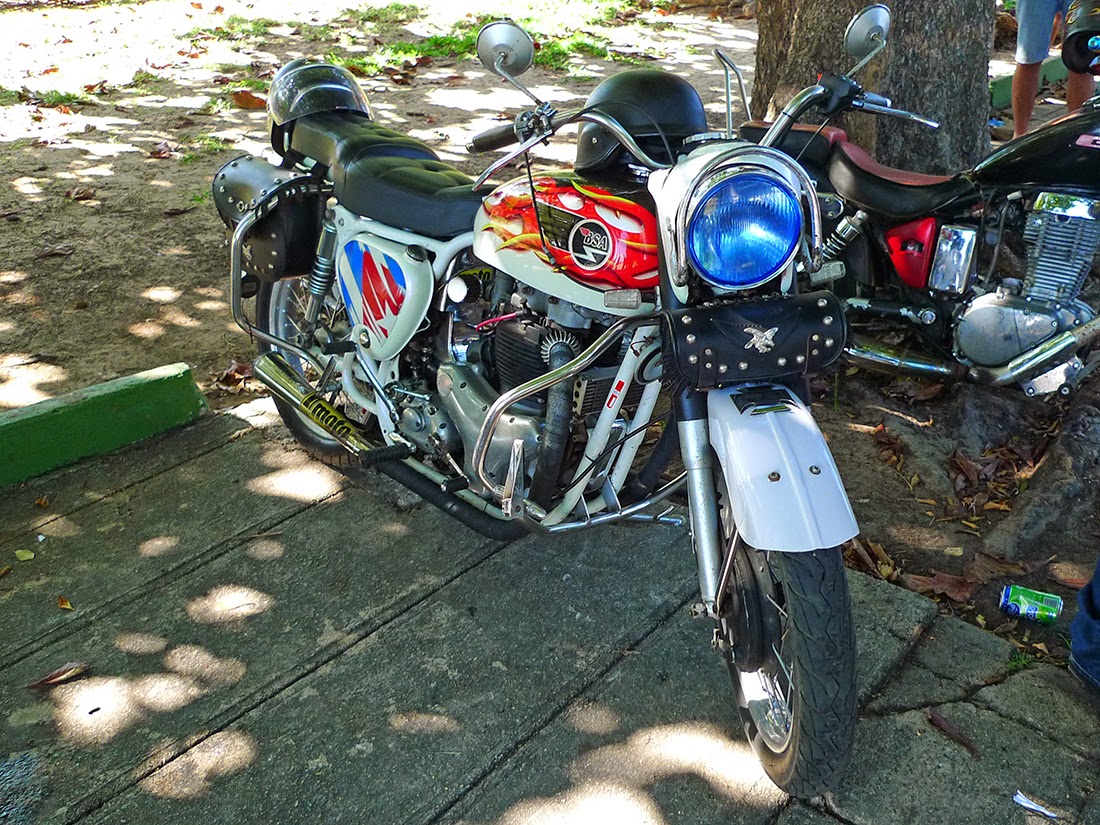 BSA tank badge looks like a one-off, and the tank itself appears to have been sourced from some later bike. Certainly the seat and front fender are replacements, and the oil cooler is an add-on. But frame and separately lubricated crankcase and twin-cylinder overhead-valve engine confirm this as a BSA is from the pre-unit era. I'm thinking it's a 650 A10, as built by the famous British manufacturer between 1950 and 1962. Another representative of the golden age of British motorcycles was this much-festooned Triumph. Underneath all the fringes and stickers, it looked largely original. I feel fairly safe in calling it a late-1950s T110 Tiger 650, but I'm sure someone will correct me if I'm wrong. See also: That's No Old Plug
Post a Comment
Read more
More posts