Showing posts from December, 2009
Show all

Another Corvette in Cuba 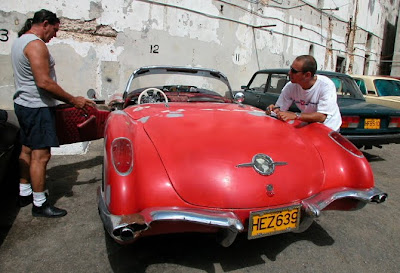 Tony Robertson came across this Havana survivor on San Lázaro near the Prado. It’s a ’59, I believe, though it might be a ’60. (Don’t try to identify the year by the ringed-globe emblem on the trunk. The emblem is from an Oldsmobile.)  Tony has been travelling to Cuba since 1995 and has assembled a fine collection of car pictures that includes, below, a bullet-nosed 1951 Studebaker and a circa-1970 Alfa Romeo wearing the licence plate of a government official.
Post a Comment
Read more 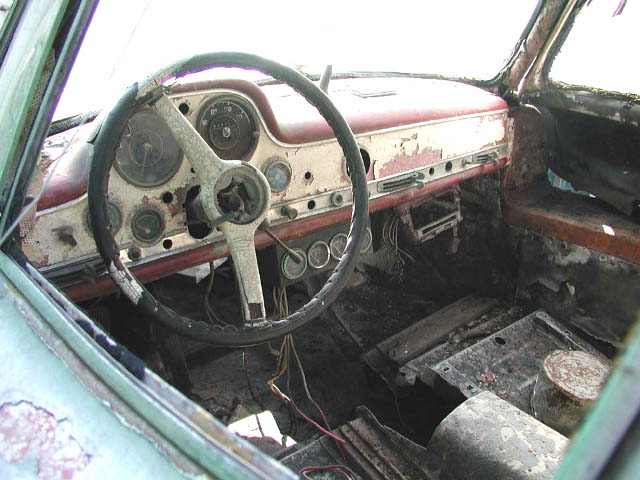 A FEW MORE shots of the Mercedes-Benz 300SL and associated parts, as provided by Michael E. Ware. He notes that the Gullwing’s owner had amassed a “sizeable pile” of aluminum SL body panels, including hoods and decklids (or “boots and bonnets” to Mr. Ware), probably from 300SL roadsters.
2 comments
Read more 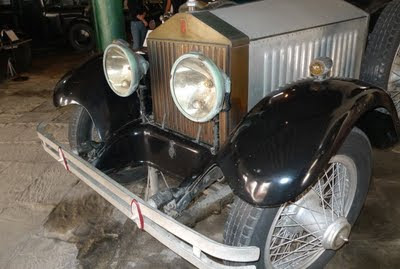 Rolls-Royce Phantom 1 on display in Havana.      THE 300SL coupe was far from the only highlight of Michael E. Ware’s visit to Cuba in 2005. The author of Automobiles Lost & Found also came across the remains of a 1952 Chrysler Special show car, one of three Ghia-styled fastbacks built on shortened New Yorker chassis that debuted at the Paris Motor Show.   “ ... (W)hen I lifted the bonnet there was a dog asleep where the engine should have been,” Mr. Ware relates. “This car had not run since the early 1980s. How did a ‘dream car’ get to Cuba?”    Other sightings: a sweet Abarth “double bubble” coupe, a Mercedes 300SL roadster, a 1954 Buick Skylark two-door hardtop and a 1951 Maserati A6 GLS sport with Spyder body by Frua, thought to be a one-of-a-kind.    A natural stop during the author’s busy fortnight also was Havana’s small Depósito del Automóvil , “one of the more unusual motor museums in the world as almost everything in it is unrestored.” There he inspected the mus
Post a Comment
Read more

(December 2012 note: See update link, below.)     GUESS I'LL have to set aside my search for the younger Batista’s 1956 Corvette. An even tastier trophy has emerged – a Mercedes-Benz 300SL, better known as the Gullwing.    Even on the Island of Surprises, I’d be astounded to come across one of these rare beauties. But in a brief section on Cuba in Automobiles Lost & Found (Haynes Publishing, 2008), I see a photo of a battered 300SL observed by author Michael E. Ware outside a private garage near Havana.    The Gullwing, unmistakable lift-up doors in place, is dented and rusting and missing its engine, yet still would be prized by collectors the world over . . . if only they could extract it from Cuba. Restored, the Silver Metallic example with Lipstick Red interior might be worth more than $700,000 U.S.    Reached in England, Mr. Ware tells me he was holidaying in Cuba when an acquaintance brought him to an unnamed community to see the car.    “I never asked whe
4 comments
Read more
More posts