Showing posts from January, 2015
Show all

The Gullwing's topless sister – and, perhaps, a Corvette clue 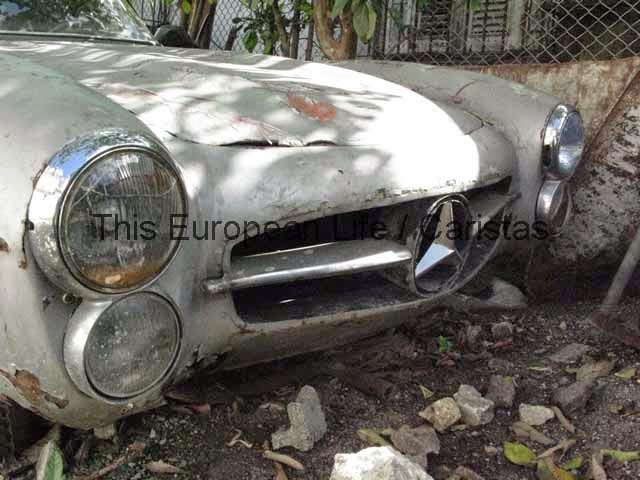 300SL Roadster is said to have been driven into the 1980s.    IN ANSWER  to the Internet's seemingly bottomless appetite for news of the Cuba Gullwing, Miguel Llorente of This European Life has posted more photos from his inspection of the crumbling classic in 2012. Doubt it looks any better today.   Miguel has also put up some previously unseen images of a Mercedes-Benz 300SL Roadster that rests back-to-back with the Gullwing. A few are reprinted here. Plenty of rust, but still lots to work with. All photos by Miguel Llorente, This European Life.     Though not as coveted as its coupe sibling – few cars are – the convertible 300SL produced from 1957 to 1963 is a beautiful car in is own right. And this example, with removable hardtop in place, is notable for a couple of reasons: ●  Unlike its Gullwing companion, it might be fixable. Though much reworked over the years and with a Chevy V-8 in place of its original inline six-cylinder engine, the car looks re
Post a Comment
Read more

Chevrolet row: A new proposal for an international tour.   THE RENEWAL of U.S.-Cuba relations, however tentative, has been a tonic for Rick Shnitzler of TailLight Diplomacy.    Shnitzler is a co-founder of the Philadelphia group, which has long pressed for closer ties between vintage car owners in the two nations. But by 2013, with the political divide seemingly as deep as ever, the effort was sputtering, Michael Matza reports in the Philadelphia Inquirer .    That changed with December's surprise announcement, and an invigorated Shnitzler now has a new proposal: bring a select number of Cuban cars and their owners to the United States – and perhaps other countries too – for a friendship tour. Organizing such a car-culture exchange would be a huge task, of course, going beyond even Shnitzler's earlier call to include Cuban cars in Detroit's yearly Woodward Dream Cruise. But the "inveterate dreamer" is undaunted as he talks up the idea with government,
Post a Comment
Read more

If I had a Volga, I'd name it Olga 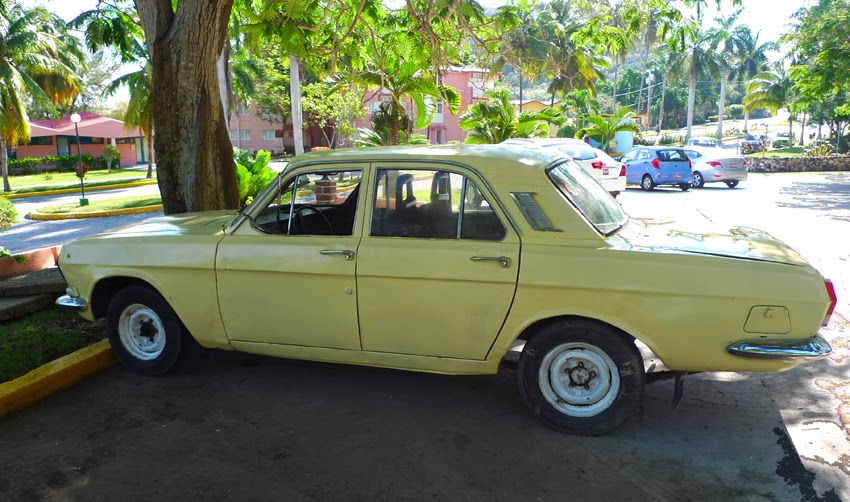 The Volga 24 was introduced in 1970 and became the 2410 in 1985.    NO. 4 on Ramon Rivera and Jay Ramey's list of 10 cars to see in Cuba is the GAZ Volga 2410, a Russian-built sedan. What you see here is the 2410's predecessor, the Volga 24. But as a Cuban mechanic might say while transferring a bumper from one to the other, "Close enough!"    The Volga 24 entered full production in 1970, but its mid-1960s lines – with nods, shall we say, to the Chevy II, Plymouth Valiant and Ford Falcon – bear evidence of a long gestation. A fullsize car by most of the world's standards, its mechanical arrangements were typical for the era with front coil springs, unit-body construction and a live rear axle suspended from leaf springs. The engine was a 90-horsepower, 2.5-litre four-cylinder, linked to a four-speed manual transmission. Construction was strong to meet the rigours of police and taxi service.    After a moderate facelift and a boost to 100 h.p. in 1985
Post a Comment
Read more 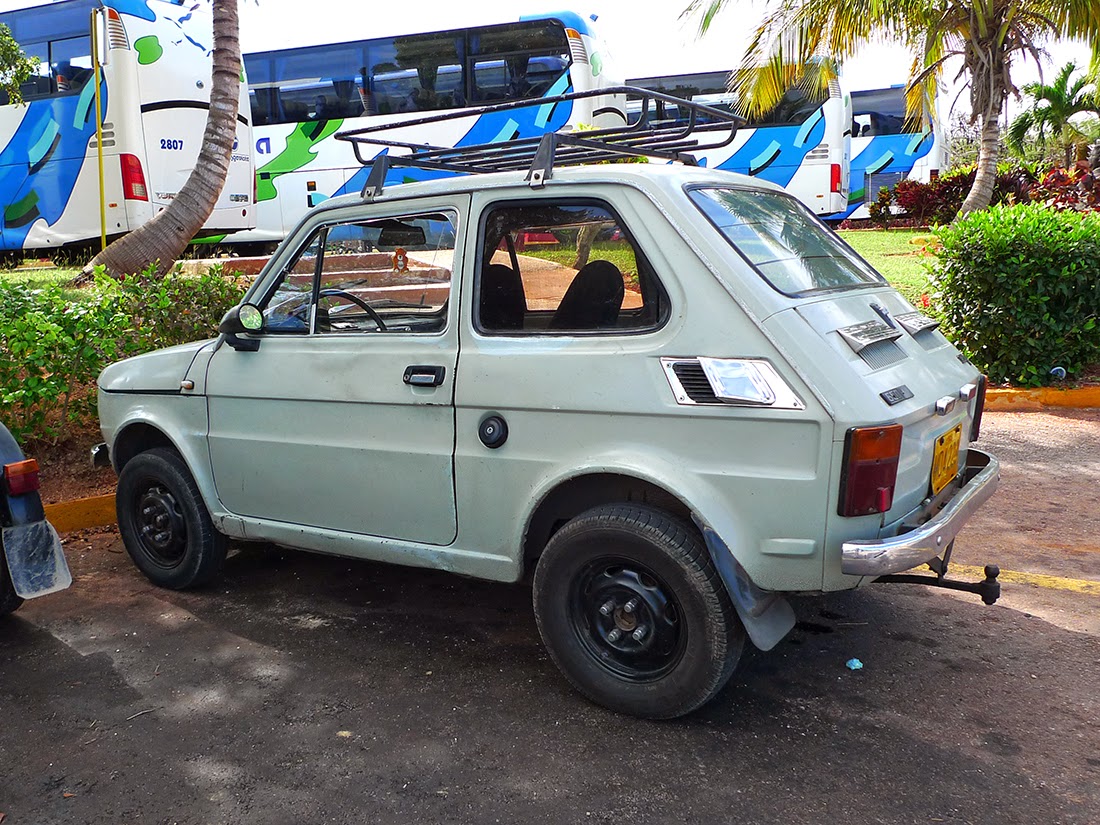 The minuscule Polski Fiat 126p is one of Cuba's most affordable cars, writes Ramey, with solid construction and low operating costs.     FOR THE the car-watcher with catholic tastes – that's catholic as in universal, not Catholic as in Popemobile – it's the  mix of vehicles that makes Cuba so fascinating.    American classic, Soviet workhorse, Chinese arriviste ... you never know what you'll come across next. Cuba, writes Jay Ramey of Autoweek, is the one place "where, if a modern Geely clips your 1950s Cadillac, the traffic police are bound to arrive in a 1980s Lada."    In an entertaining car-spotter's guide to Cuba, Ramey and photographer Ramon Rivera profile 10 of the island's most popular vehicles. Some, like the 1955-through-'57 Chevrolet, will be familiar to the American buffs who now have hope of finally seeing Cuba for themselves.    Others, such as the Beijing BJ212 or Argentine-variant Ford Falcon, could seem wondrously stran
Post a Comment
Read more

55 reasons why Cuba's old cars will keep on rolling 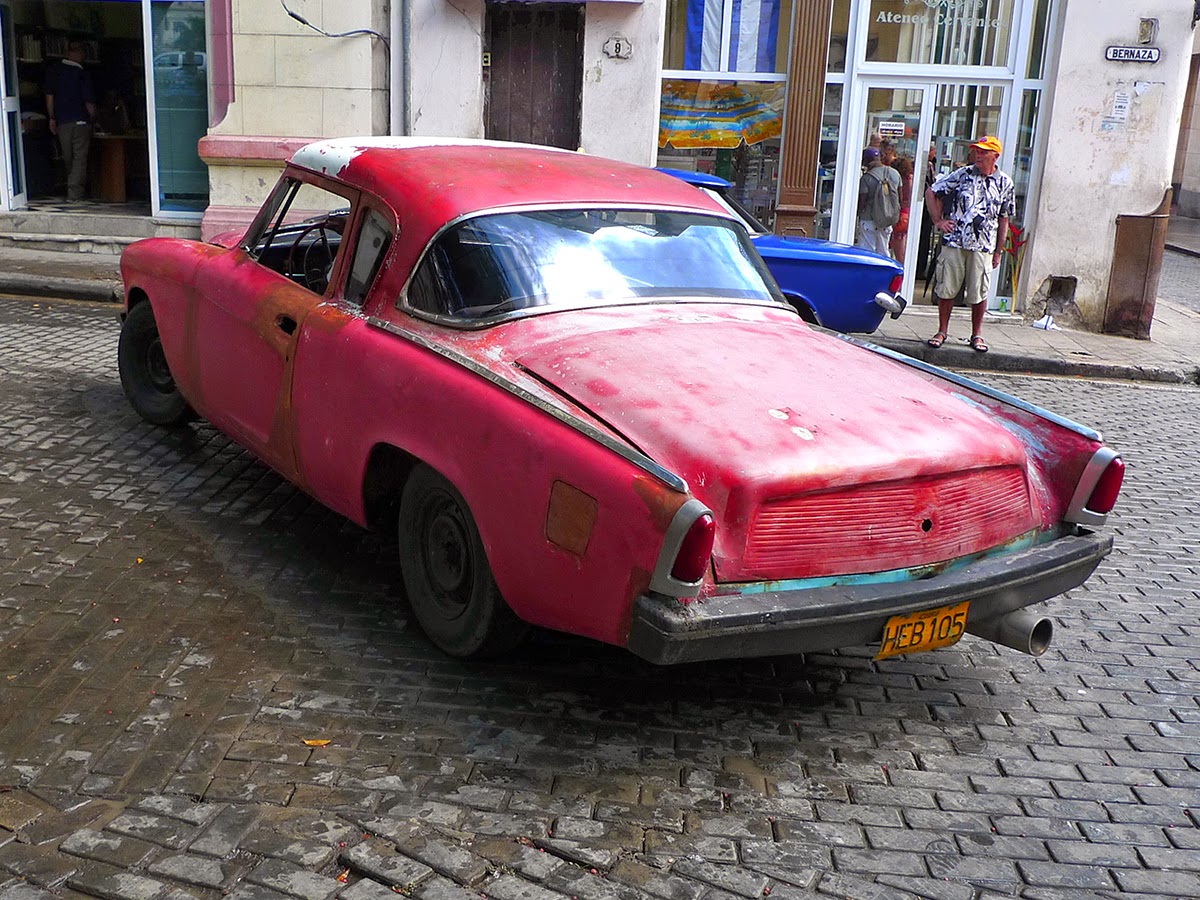 A mid-1950s Studebaker in Havana, one of as many as 60,000 old American cars in Cuba.    JUST TWO events would take Cuba's vast stock (30,000? 60,000?) of pre-1960 cars off the island's urban streets and country roads. One is retirement in favour of more modern vehicles. The other is their sale and export to collectors elsewhere.    Neither will happen anytime soon – and one might not happen at all. Here are five reasons why Cuba's old-timers have many more miles to travel (I know, the headline says 55, but five should be plenty): 1. The embargo remains    Barack Obama and Raúl Castro can, and did, agree to restore full diplomatic relations between the United States and Cuba, but only the U.S. Congress can rescind the 1996 Helms-Burton Act that fortified trade sanctions ordered by President John F. Kennedy 34 years earlier.    And the Republicans who hold Congress, and who do not share Obama's desire for rapprochement, will have little motivation to abandon
Post a Comment
Read more
More posts