Showing posts from January, 2010
Show all

In Soviet Russia, truck owns you! 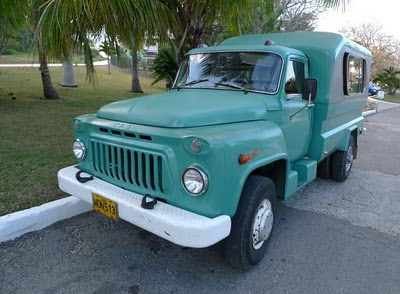 Though not without charm, the Soviet Bloc cars that found their way to Cuba cannot match the appeal – to me, at least – of the trucks supplied to the island by Russia and its allies. Like Soyuz spacecraft, they seem to have been designed from drawings in Popular Mechanics and assembled from odd parts discovered in the back rooms of hardware stores. Here are a few I’ve come across.    I believe this GAZ, converted into a bus, is the 52 model built between 1966 and 1978. “That’s a Russian truck,” said a young man waiting to board it. “But do you know what we call it? Bullshit!” Must have been a political comment, because I thought this product of Gorky Automobile Plant , freshly finished in rich turquoise, was quite smart-looking.    The ZIL 130 is ubiquitous in Cuba, but then, it’s a common sight still in many countries. Introduced in 1964, the 130 was still being assembled three decades later, with production estimated at 3.4 million. Flatbeds and dump trucks were popula
Post a Comment
Read more 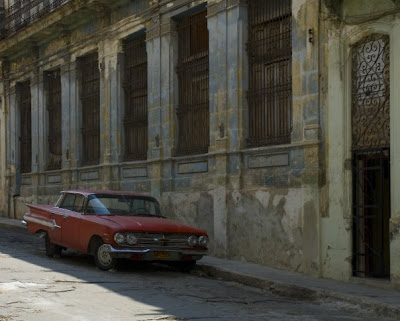 Michael Roy is another regular visitor to Cuba who enjoys photographing the island’s cars, architecture and people – worthy subjects, all.    With Michael’s gracious consent, I’m posting some of my favourites from his work. See more of his automotive photos in the Cars of Cuba group on Facebook, and his other studies in the I Love Cuba group. This 1960 Chevrolet four-door Sport Sedan is one of the last American cars exported to Cuba after Castro took power. What stopped the shipments? It wasn’t the trade embargo. (See earlier post .) Call me a Cadillac cab – and send out this fine 1950 specimen. A 1958 Ford Thunderbird in Havana: That should buff out.
Post a Comment
Read more 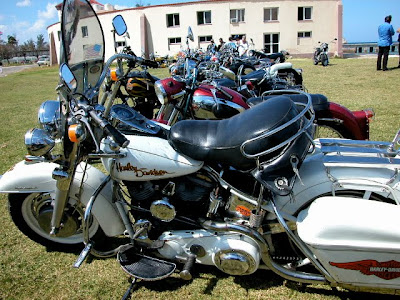 Some other neat sightings from Tony Robertson: A display of motorcycles at a gathering of Cuba’s famous Harlistas. I’d say this Harley-Davidson is a mid-1950s FL Hydra-Glide, maybe even a ’54 from H-D’s 50th anniversary year. If I’m wrong, I’m sure someone will tell me . Thought I recognized this BMW Isetta 300. It’s the same Havana Isetta that’s pictured on the Wikipedia entry for this model. The microcar is partially covered in this photo, but from that other shot, we can tell that it’s not a Cabriolet Tropical like the one I rode in last year. Tony says this Hispano-Suiza is the rarest car he’s seen in Cuba. I think it’s an H6B , the model that was one of the most refined and expensive cars of the 1920s. One of the several custom coachbuilders that worked with Hispano-Suiza would have supplied the closed body on this right-hand-drive example. No doubt this is a very valuable ca r.
Post a Comment
Read more 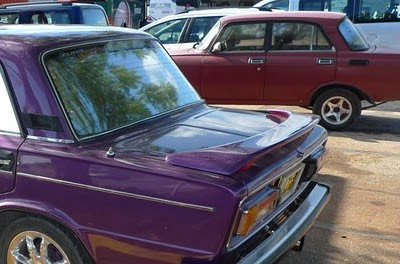 Heading to Cuba next month. Given last year’s no-show experience, I’m looking for another agency with which to set up a rental car. I’ll let you know how that works out.    Meantime, a Lonely Planet forum has some entertaining advice on Cuban travel from an American who sidestepped his (or maybe her) country’s travel restrictions to ramble around the island in a rental car of uncertain pedigree. See the posts here , here and here . I told you paperwork was important.    Finally, comrade, which one’s the Lada 1300, and which is the Moskvich 1500? Both, you’ll admit, are spiffy.
Post a Comment
Read more
More posts