Showing posts from November, 2015
Show all

An eye for detail 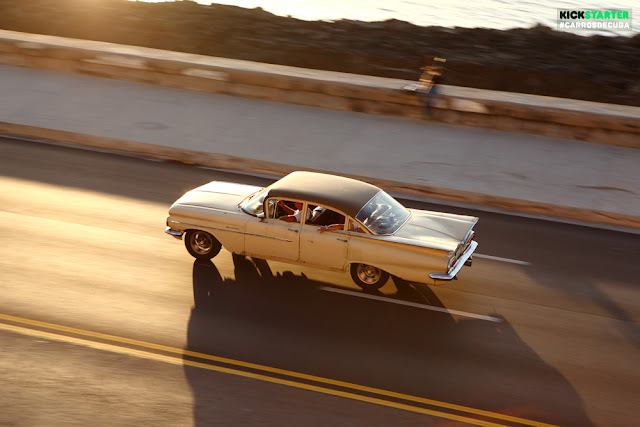 Sunset special: 1959 Chevrolet on Havana's oceanfront boulevard.       Carros de Cuba will be far from the first published collection of Cuban car photos, but it may well be the best-crafted.    Photographer Pietr Degler promises that his book will be printed on high-quality paper on an eight-colour Heidelberg press – which is to offset printing what Mercedes-Benz is to automobiles – and finished in a spot varnish. The hardback cloth cover will have foil stamping.    It's the same attention to detail that Degler brings to his annual automotive-themed calendar and, of course, to his photography.     Caught in a Mercedes 180's crosshairs, cat seems more curious than concerned.    Being able to maintain control over the production is one reason he turned to crowd-funding for the book rather than seeking a traditional publisher, he says.    Another is to keep the price down. A standard book is available for a minimum pledge of €50 (CDN $70.50).    With 45 days
Post a Comment
Read more

More images from the 'Jurassic Park for car lovers' 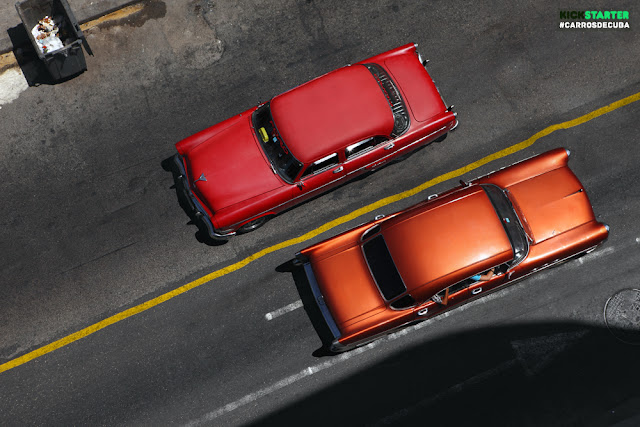 Ford meets Chevy in a scene from photographer Piotr Degler's Cuba collection.    PIOTR DEGLER was the talk of the automotive Internet last year for his photos of a Mercedes-Benz 300SL Gullwing Coupe rotting beneath a banana tree near Havana.    But the neglected-beyond-repair Mercedes was far from the only subject for the car photographer from Spain and Italy. Degler, who like so many others had concluded that he should not delay if he wanted to see the island before it forever changes, spent a month travelling in what he calls "a kind of Jurassic Park for every classic car lover."   In Cuba's cities and small towns and countryside he took some 25,000 images, from which he selected just 12 – the Gullwing among them – for the 2015 edition of his premier Degler Calender.    Now the photographer is preparing to show more than 200 other pictures from that visit in a hardcover book called Carros de Cuba . The project is being funded through a Kickstarter campai
Post a Comment
Read more 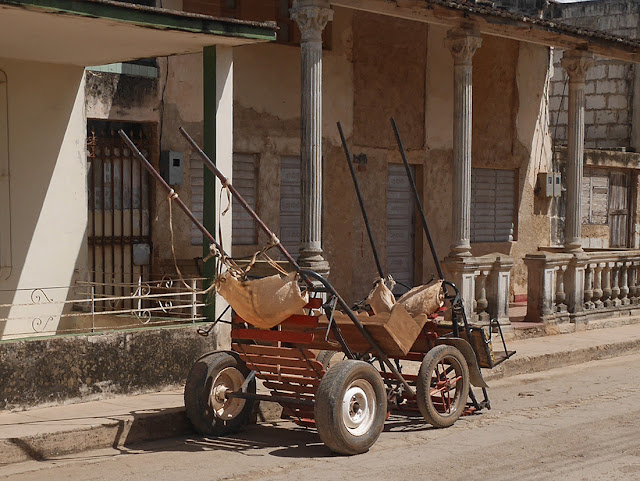 Two-wheeled horse carts at rest on a quiet afternoon (i.e., pretty much any afternoon) in Aguacate, an agriculture centre 80 kilometres west of Havana.
Post a Comment
Read more 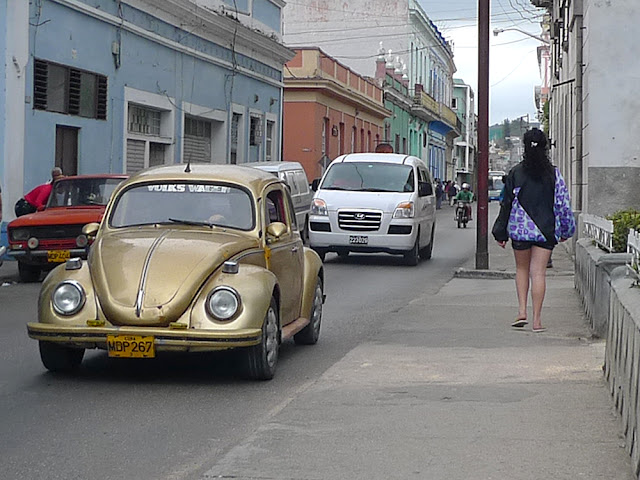 Turn signals atop the fenders probably identify this Matanzas gold Bug as a pre-1975 model.      VOLKSWAGEN Beetles,  as mentioned , are plentiful in Cuba (as they are in many countries). I'm thinking the Beetles, or VW Type 1s, I've come across on the island are all from the 1970s, but as to their specific years, or place of origin, I can't be sure. Any experts care to weigh in? Look past the smart graphics, and this VW is a puzzler. Most of the body appears to be from the 1965-and-later series, but the doors have the thicker posts of earlier Beetles. Perhaps the doors came from Brazil, where the older body style was retained through at least 1973. Decklid vent pattern allows us to narrow the year of this Beetle to '70 or '71. At least for Beetles sold in Europe and North America, the signal lamps moved to the front bumper in 1975. Another puzzler, with turn signals in the bumper AND on the fenders. And here again, the doors appear to
Post a Comment
Read more
More posts