Showing posts from February, 2011
Show all

Call me a classic cab 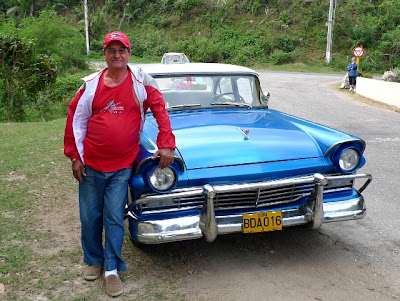 Until this year, private taxis in Cuba weren't supposed to pick up tourists. Visitors who wanted a ride in one of the island's famous old cars had to be satisfied with the small fleet of government-owned classics operating from the Hotel Nacional in Havana, or make an under-the-table deal with a car owner and hope they weren't stopped by police.     Then, late in 2010, in an effort to breathe some entrepreneurial life into Cuba's slumbering, state-run economy, the government announced that 178 self-employment activities would now be permitted. Among them: the transportation of passengers without restriction.     Now, visitors can see the sights from cars like this sparkling 1957 Ford Fairlane Town Sedan without fear of sparking an international incident. Tour the island in this 1957 Ford Fairlane Town Sedan.
Post a Comment
Read more 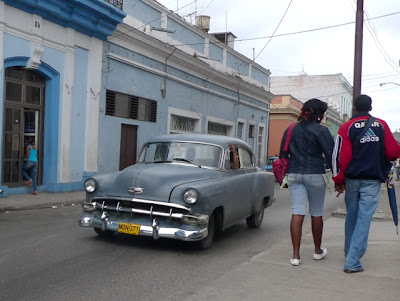 The minimum driving age in Cuba is 18. Some sites say 21, but that's to rent a car (it's 25 or even 30 for certain agencies and models). But in a country where incomes and car-ownership rates are low, you don't see many young drivers. And regardless of the applicant's age, getting a licence in Cuba isn't easy, as Here Is Havana author Conner Gorry explains so colourfully here . Strollers and a '54 Chevy in Matanzas.
Post a Comment
Read more

Three to get ready 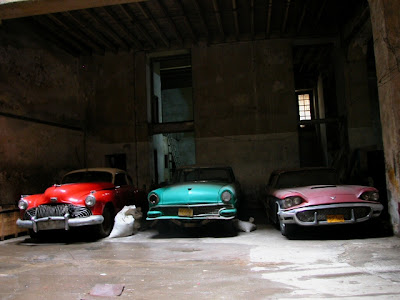 Tony Robertson photo. Used by permission .     ANOTHER GREAT   Havana shot from Tony Robertson. Looks like a 1956 Ford sedan at centre and a 1958 Ford Thunderbird hardtop on the right. And the red-and-white monster on the left? My best guess is a 1949 Buick with a custom grille.
Post a Comment
Read more

Leave the driving to them 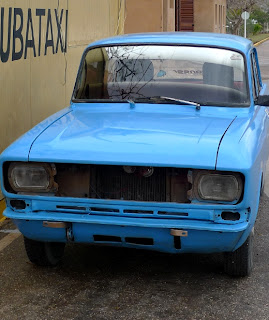 WE'RE HEADING to Cuba soon. And for the first time in a long time, we haven't booked a rental car.    It's not that I fear to drive there, though I'd certainly want to be cautious, given the experiences of Cody LeCompte, the young Canadian forced to remain on the island after a traffic accident until public and government pressure helped win his release (see Driving In Cuba Reconsidered ).   It's more about the money. Last year we paid nearly $400 for a subcompact for three days. (I see the rates have dropped a bit since, probably because of the strength of the Canadian dollar).   Following the advice of the Cuba hands on TripAdvisor and the more prickly types at the (well named) Thorn Tree travel forum, we'll probably hire someone with a car   —   not an official taxi  —   to take us where we want to go. It should be cheaper than a rental, and will certainly be interesting.   In fact, we did just this  —  hired a car and driver  —  on our first visit,
Post a Comment
Read more
More posts