Showing posts from October, 2010
Show all

That ship has sailed 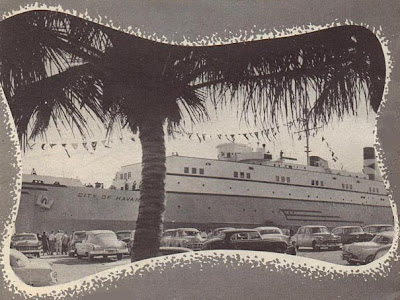 (Second of a series)  One day, the restrictions on travel between the United States and Cuba will end. When it arrives, business people in Key West, Florida, hope their city can again be the U.S. gateway to the island just 94 miles to the south.    The resumption of automobile ferry service between Key West and Cuba could help make that happen. But it won't be on the S/S City of Havana , the steamship that carried cars and their passengers between the two nations from March 1956 to October 1960.    The  City of Havana was built for a different purpose. It was launched at   Newport News, Virginia, in late 1943 as HMS Cutlass , one of four dock landing ships earmarked for Britain's Royal Navy under the U.S. Lend-Lease Act. Unadorned and awkward of line, the 458-foot vessel would one day earn mention on a website dedicated to the "ugly ships" of the world .    But it was wartime-practical, with a deep centre well that could be flooded to discharge a cargo of l
Post a Comment
Read more

The last cars out of Cuba 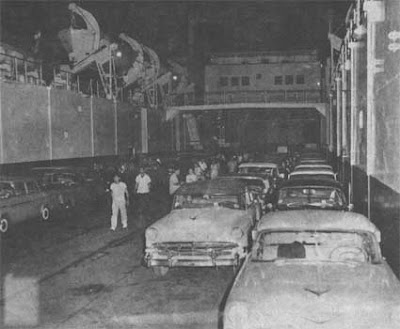 Returning to home soil. Photo courtesy of Key West History. (First of a series)    It's Oct. 31, 1960, and the SS City of Havana , an automobile and passenger ferry that began life as a Second World War landing craft carrier, is easing to its berth at Safe Harbor in Key West, Florida.    Sixteen years earlier, this vessel, then known as HMS Northway , carried amphibious trucks and their Canadian and British crews to Juno Beach in the Normandy Invasion. But on this day, those aboard are fleeing, not approaching, conflict. Of the 287 passengers, 232 are Cuban citizens who hold United States residence permits, key to their own economic and political safe harbour.    Also aboard are 86 cars, of which most belong to the U.S. embassy in Havana. After imposing an embargo on trade with Cuba in retaliation for the Castro government's seizure of U.S. property and alignment with the Soviet Union, the United States now is cutting diplomatic ties. This photo, taken upon the City
4 comments
Read more
More posts