Showing posts from September, 2016
Show all

More from the Santiago transit file 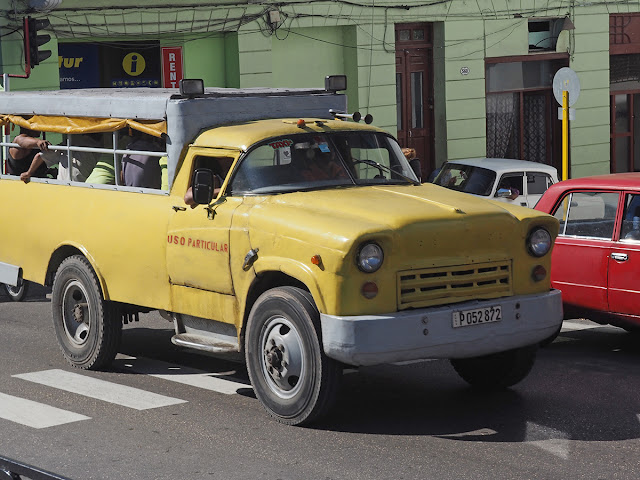 Mucho modificado based on what appears to be a General Motors heavy truck. Even with the reworked roof, seating is cramped in this '56 Plymouth wagon. The world's only 1951 DeSoto dualie. We're sure of it.
Post a Comment
Read more

Havana and Detroit: Sisters under a well-worn skin 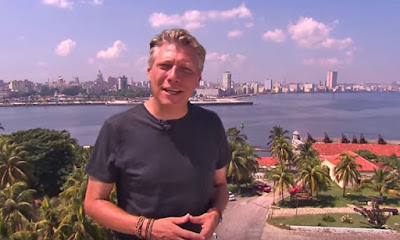 WDIV anchor and Havana 313 host Devin Scillian.    VOLUPTUOUS, PRE-1960 American cars are the obvious link between Detroit and Havana. One city built them, the other relies on them.    But the Michigan and Cuban capitals share more than pontoon fenders and Dagmar bumpers.    There's the architecture  –   classic, often crumbling, with flashes of contemporary.     The permeating music – different in genres, yet descending from the same African roots.    The vivid art – best represented, in the Motor City, by the product of two Mexico-born painters: Diego Rivera, whose working-man murals would be as at home in a Havana barrio as they are on the walls of the Detroit Institute of Arts, and Frida Kahlo, whose surreal folk-art images could command prime space in any Cuban gallery. Made in Detroit. Driven daily in Havana.    And beneath it all, murmuring like a Hemi-powered '55 Chrysler, the energy of a place alive and assured within its own well-worn skin.    It foll
Post a Comment
Read more
More posts