Showing posts from January, 2012
Show all

A Diamond T in the rough 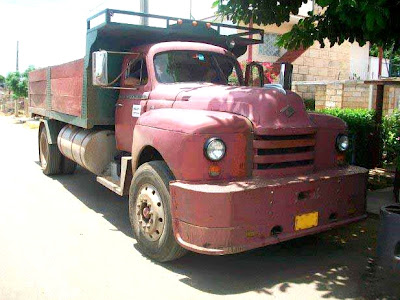 Here's another hauler for Robb Mariani and his American Trucker crew to inspect when they get to Cuba . This bruiser, advertised on Revolico.com, is a 1952 Diamond T dump truck.   Built in Chicago, the Diamond T was known as "the Cadillac of trucks."  These days, of course, Cadillac makes its own trucks, or at least sport-utilities, but it was strictly a passenger car producer throughout the Diamond T's 62-year run.   Diamond T also started as a carbuilder. C.A. Tilt, son of a successful shoe manufacturer, founded the Diamond T Motor Car Co. in 1905 to make four-cylinder roadsters. In 1911, after assembling a truck at the request of a customer who owned a plumbing supply company, Tilt decided that commercial vehicles represented a better opportunity and shifted his production exclusively to trucks. Tilt's enterprise would become one of the largest independent truck builders in the United States, turning out some 250,000 vehicles over more than five decades.
Post a Comment
Read more 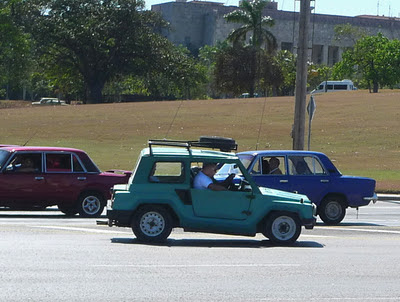 I'd almost given up hope of identifying the car in this photo, first posted here nearly two years ago. But now Justino Silva Jr. has come to the rescue. This perky little buggy, Justino tells us, is a Gurgel X-12.    Gurgel?    Little known outside Latin America, Gurgel, I've discovered, has huge significance in Brazil. Gurgel Motors was founded in São Paulo in 1969 by João Augusto Conrado do Amaral Gurgel, a mechanical engineer and electrician whose life mission was to build a genuinely Brazilian vehicle.    Gurgel began, however, with some German help, basing his first, dune buggy-style models on the Volkswagen running gear that so suited the light off-roaders. In the early 1970s he introduced the four-place Xavante, still using VW's air-cooled rear engine and other mechanicals. The Xavante evolved into the 1975 X-10, joined that same year by a heftier military version that also would be sold to the public as the X-12.    With the Xavante came two notable inno
Post a Comment
Read more

Back in the picture 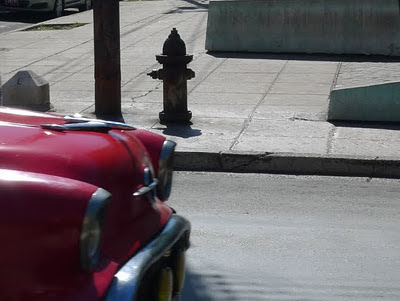 Appears that most of the photos on CARISTAS disappeared overnight, due to me fiddling with the confusing settings at the Picasa site where blogger.com images are archived. I've learned my lesson. They should all be back now.
Post a Comment
Read more 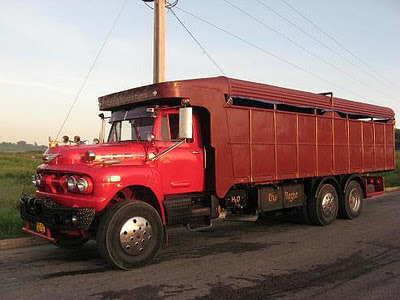 MY DREAM episode of American Trucker takes irrepressible host Robb Mariani to Cuba, where he can exclaim over the island's wondrous collection of old and new haulers.     Not likely, I know.     Cuba might be OK with it (with Cuba, you never know), but the Speed specialty channel  —  corporate cousin to Fox News  —  and its advertisers would almost certainly have, shall we say, concerns. Mariani, a guy who wears the American flag on his sleeve, might hold his own objections to setting a show in a country that has been at odds with the United States longer than the majority of Americans and Cubans have been alive.     But I think his passion for trucks, and his desire to tell the stories of trucks and truckers and their too-often-unsung contributions to our world, would override any political considerations. And let's remember that he recently took viewers to Mexico, which, while not Cuba, is certainly not the U.S., either.    If you do get to Cuba, Robb, I'
Post a Comment
Read more
More posts