MOST VOLKSWAGEN Beetles in Cuba appear to be of 1970s vintage and almost certainly came from Brazil, where the original Type 1 body style remained in production long after it was retired elsewhere.
This Santiago bug, however, dates to 1961, according to a notation painted on its rear deck lid.
Many of its parts – the headlights and taillights, the "VW1302" badge, the housing for the rear licence plate lamp – are clearly from a later era. But the hole on the hood just below the centre chrome strip confirms the Beetle's age. It's the mounting point for the Wolfsburg crest (missing on this car) that was dropped after 1962. 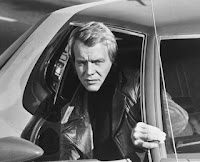 DAVID SOUL  has had success as pop singer and stage actor. But it's as police detective Kenneth Hutchinson in the cheesy 1970s television drama Starsky and Hutch that he will forever be best known.    Cheesy 1970s television? OK, redundant. Yet even for that era, Starsky and Hutch was especially ripe fromage.    Each episode, Hutch and partner David Starsky (Paul Michael Glaser) would skid and slide through the streets of the California town of "Bay City" in a jacked-up 1974 Ford Gran Torino, tomato red with great white side slashes (or sometimes a '75 or '76 Gran Torino – the show went through a lot of cars).    Often they seemed to just slither about at random. But really they were hunting down crooks who apparently were unaware that the flashiest vehicle in three states was occupied by a pair of undercover cops.    Guess those crooks weren't getting the word on the street. Unlike Messrs. S. and H., plugged in to all goings-on courtesy of informa
Read more