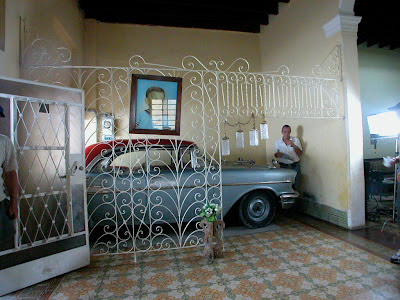 Tony Robertson of Toronto served as location scout and production co-ordinator for the Havana Chevy commercial. His duties included finding all the cars, identifying places to shoot and organizing a casting.
Tony, who provided the production stills you see here, recalls that the commercial took three days to film.
The director, producer and cameraman came from Canada, but the other crew members were Cuban, and Tony has high praise for their professionalism and resourcefulness. One even made available the red-over-metallic blue 1957 Bel Air that appears throughout the commercial.
"The car inside was actually at one of the Cuban crew's home, and it was like the car was right in the living room," he says.
The driver of that prized Chevy is actually a Cuban government official who worked with the team to secure the necessary permits.
"His English is very good, with a great accent, but for some reason they decided to use that English voice-over. Too bad." 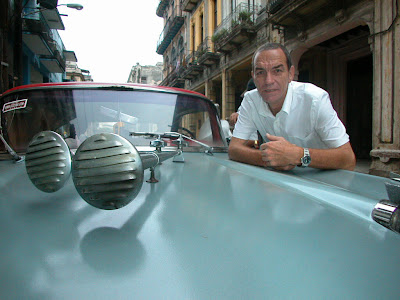 Anonymous said…
One would never see the car elevated to such status in Canada. Mores the pity'eh?
Great commercial...wish it had seen airplay somewhere.
August 10, 2012 at 2:55 PM

Anonymous said…
One would never see the car elevated to such status in Canada. Mores the pity,eh...